Rodent Management That is Discreet and Effective

With more than 400 parks under their management and a rising rodent population, the City of Seattle and the Seattle Park District needed an approach to rodent management that was discreet, effective and founded in integrated pest management principles.

They found a solution from Sprague Pest Solutions that uses targeted CO2 burrow injection treatments to deliver a rodent mitigation program that benefits residents and park users but leaves no environmental footprint behind. 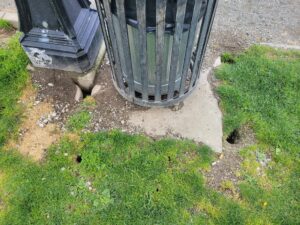 The CO2 technique is particularly effective in urban settings, where Norway rats build nests underground in public parks and other open spaces.

The technique is particularly effective in urban settings, where Norway rats build nests underground in public parks and other open spaces. Rather than deploy traditional rodent baiting methods that rely on rats consuming the bait – a challenge in food-rich environments like parks – CO2 is delivered through an injection machine.

This targeted method not only reduces rodent populations but does so leaving zero residual product behind.

The CO2 method is just one spoke in the rodent management wheel. It is not a silver bullet that will permanently solve a rodent problem on its own. Commercial property owners and managers, and municipalities must maintain good sanitation, exclusion, monitoring and landscape maintenance protocols to prevent rodent populations from reaching a tipping point.

The park is the hub of the Capitol Hill community and neighborhood residents enjoy walking, sitting, reading, exercising, and informal and organized sports. One thing the residents don’t enjoy is the rising Norway rat population and they voiced their complaints to the city. 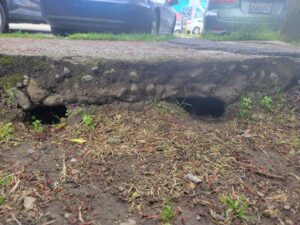 Sprague and the City of Seattle took the fight directly to rodents that were overrunning Cal Anderson Park in the city’s Capitol Hill district.

“The competing food sources from the garbage left behind by visitors and a homeless population that has grown in recent years (the rats had burrowed underneath their encampment) provided all the food they needed,’ said Beau Myers, an account manager in Sprague’s Seattle office who worked on the project.

Using U.S. EPA registered injection technology, the CO2 is applied after all primary exterior burrow and bolt (escape routes) holes – nearly 200 total in the park – were sealed by Sprague’s two-person team. The injection rod is in inserted into the burrow to deliver a lethal dose of CO2.

“CO2 is a significantly faster and more effective way to eliminate burrowing rodents in park and open space settings,” said Ashley Roden, B.C.E., technical manager for Sprague who helped conduct the treatment. “It reduces our rodenticide bait usage, leaves no residual and delivers a targeted treatment with reduced risk to humans and non-target animals.”

Roden said CO2 is heavier than air and thus sinks directly into the rodent’s subterranean burrows. The applications at Cal Anderson were made during daylight hours when rodents are “home” and asleep.

A typical treatment program includes two applications to ensure that rodents who were not inside the burrow at the time or escaped are targeted.

The Benefits of CO2

Rodents are one of the world’s biggest threats to public health. They spread a variety of diseases including Salmonella and E. coli, can contaminate food and cause structural damage to buildings. Their presence is a clear and present danger that cannot be ignored.

Back to Case Studies
Close